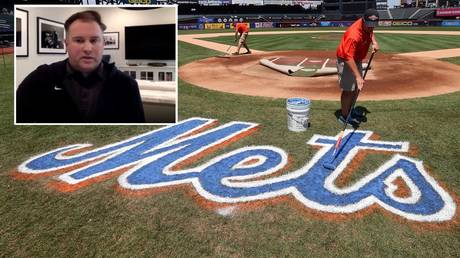 The New York Mets are in damage control mode after announcing they have fired their recently-appointed general manager Jared Porter amid reports that he sent a series of unsolicited, inappropriate texts to a female reporter.

Home Decor Trends: How High Fashion Does Furniture in 2021

Jack, The Special Needs Dog, Gets Outpouring Of Love After Potential Adopter Stands Him Up – CBS Pittsburgh

The Mets moved quickly Tuesday to sever ties with Porter, 41, just over a month after hiring him after a media storm ignited following a report by ESPN that he had sent a series of unsolicited x-rated images to a female reporter in 2016 while he was a member of the Chicago Cubs organization.

We have terminated Jared Porter this morning . In my initial press conference I spoke about the importance of integrity and I meant it.There should be zero tolerance for this type of behavior.

“We have terminated Jared Porter this morning,” Mets owner Steve Cohen wrote on Twitter. “In my initial press conference I spoke about the importance of integrity and I meant it. There should be zero tolerance for this type of behavior.”

Porter’s termination comes just hours after the story was broken, with the Mets issuing an initial statement to say that they had just recently been made aware of the allegations, promising to follow-up with further information once an internal review was conducted – which apparently came early Tuesday morning.

“I have spoken directly with Jared Porter regarding events that took place in 2016 of which we were made aware tonight for the first time. Jared has acknowledged to me his serious error in judgment, has taken responsibility for his conduct, has expressed remorse, and has previously apologized for his actions,” Mets president Sandy Alderson said on Monday.

“The Mets take these matters seriously, expect professional and ethical behavior from all of our employees, and certainly do not condone the conduct described in (the ESPN) story. We will follow up as we review the facts regarding this serious issue.”

The allegations stem from a series of inappropriate messages sent by Porter to a foreign female reporter who has withheld her own identity for fear of public reprisal. She says that she received dozens of messages from Porter, ranging from idle chat to X-rated ‘d*ck picks’ – along with requests wondering why she wasn’t reciprocating the photographs.

She told ESPN that she had kept the messages private for several years but was compelled to come forward when Porter was appointed as the Mets’ GM for fear that he would abuse his position of authority with other women.

And now, just 37 days after signing up for the Mets gig in what he predicted would represent a “cultural shift” in the organization Porter now finds himself mired in the Major League Baseball scrapheap, and in direct opposition to the mission statement he announced on signing his contract in late December of “adding good people to the organization.”

The Mets, and their fans, will be hoping that this mantra will finally start to take hold.