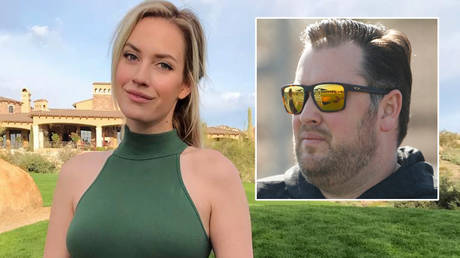 Paige Spiranac has said she receives x-rated “d*ck pics” daily on social media and has hit out at disgraced New York Mets boss Jared Porter, who was dismissed after it emerged that he had sent inappropriate messages to a reporter.

Ozil and out: Arsenal outcast Mesut Ozil bids farewell – and vows 'no grudges' after ignominious end to life…

Swansea vs Man City prediction: How will FA Cup play out tonight?

Porter, 41, was sacked just 37 days after taking the reigns in the Mets general manager’s office after a foreign reporter came forward and told ESPN that she had received a torrent of explicit images from Porter when he was a member of the Chicago Bears backroom staff more than four years ago.

“Jared’s actions, as reflected by events disclosed last night, failed to meet the Mets’ standards for professionalism and personal conduct,” Alderson announced in a statement.

“Jared Porter sending 62 unanswered texts and thinking an unsolicited ween pic is the move isn’t uncommon. It happens everyday in my DMs with 0% success rate. It’s never the move,” she tweeted.

Jared Porter sending 62 unanswered texts and thinking an unsolicited ween pic is the move isn’t uncommon. It happens everyday in my DMs with 0% success rate. It’s never the move

“I feel like guys will originally always think about sex as their first fantasy,” she said.

‘I genuinely care about my fellow players’: Tennis No1 Novak Djokovic hits back at critics to defend his Australian Open ‘demands’