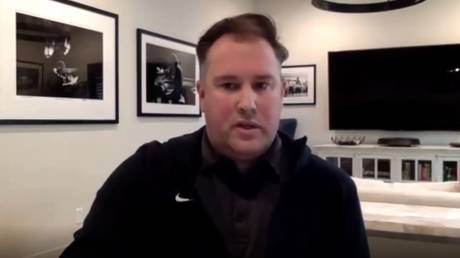 Jared Porter, the new general manager of MLB side the New York Mets, is facing a media storm amid a report that he sent a torrent of messages including naked photos of himself to a female reporter in 2016.

The Year of the Big Dress

Justin Bieber Shares the Story Behind His Favorite Tattoos

Per a report by ESPN, Porter – at the time an employee of the Chicago Cubs – sent the foreign reporter a selection of photographs, culminating in an X-rated photograph of his penis. Porter admitted sending messages to the woman when asked for a comment on the story, but denied that any explicit pictures were of himself, saying that they were “joke stock images.”

Porter, 41, joined the Mets just a month ago when the team’s owner, Sandy Alderson, plucked him from the Diamondbacks and Alderson announced in a statement that Porter has admitted to a “serious error of judgement.”

“I have spoken directly with Jared Porter regarding events that took place in 2016 of which we were made aware tonight for the first time,” Alderson said.

“Jared has acknowledged to me his serious error in judgement, has taken responsibility for his conduct, has expressed remorse and has previously apologized for his actions.

“The Mets take these matters seriously, expect professional and ethical behavior from all of our employees and certainly do not condone the conduct described. We will follow up as we review the facts regarding this serious issue.”

That’s like, one of the worst things you can do. There’s zero excuse for things like that.

That seals the deal. I am no longer a Mets fan. This team is a pure and utter embarrassment to the city of Flushing. I officially will not be renewing my plan next season nor will I watch on tv ever again. I’m going to Baltimore where they know how to run a clean franchise

That’s horrible, even worse is that she had to turn down opportunities to advance her career because of her fear of him while he rose up the ranks in baseball front offices. Now she’s out of journalism entirely. Why couldn’t have he left her alone??

According to the initial report from ESPN, Porter met the woman – who no longer works in journalism – in an elevator in Yankee Stadium in 2016 but they only spoke briefly. The two began corresponding via text message, where they exchanged ‘selfies’.

Porter is reported to have told the woman that she is “gorgeous” and asked if she wanted to see more pictures of him, which would eventually include X-rated photographs. Per the initial report, Porter sent more than 60 text messages to the woman to which she never responded.

She told ESPN that she didn’t fully understand what was occurring and thought it difficult to say ‘no’ to Porter.

They also report that Porter texted the reporter in the summer of 2016 to say that he had seen her inside of a stadium, with the woman subsequently hiding so they didn’t cross paths.

She said the incessant messages stopped when, with the help of a friend, she composed a reply in which she called his texts “inappropriate” and “offensive“, further explaining that she chose now to come forward to prevent Porter from targeting other woman from his new position of power inside the Mets organization.