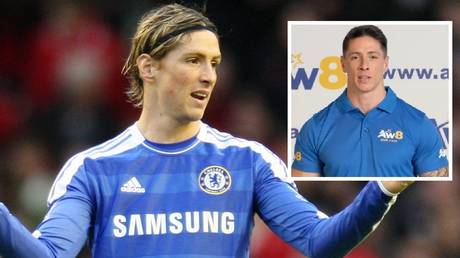 One year and a half on from his retirement, former Atletico Madrid, Liverpool and Chelsea star Fernando Torres doesn’t seem to have neglected his fitness after images emerged online showing the Spaniard looking jacked.

‘It was tough to find moments of inspiration’: Maria Sharapova explains ending her tennis career after ‘incredibly…

US-Mexico border: Big numbers are only part of the story

Torres called time on his nearly two-decade professional career after a brief sojourn to Japanese football in the summer of 2019, after a career which saw him win a rake of domestic and international honors.

The 2010 World Cup winner was frequently the target of ire from the stands, particularly during his spell in London with Chelsea, for frequent runs of poor form but the 110-times capped international saw out the final stages of his career back where he started in the red & white half of Madrid, save for his brief farewell tour in the J1 League.

And after having to maintain his physical fitness for the majority of his life, many would have forgiven Torres for being acquainted with his sofa and gorging on the types of fast-food prohibited to him for most of his adult life – but the 36-year-old former striker seems to have gone in the opposite direction.

Images taken from footage on the star’s Instagram account show the ex-Atletico man has packed on some considerable muscle in his time away from the game.

One of the pictures shows him posing side on to the camera, with his arms folded to display his impressive biceps while another front-on shot will tell you that Torres most certainly hasn’t been skipping his upper body workouts.

Predictably, the images of the musclebound star have ignited something of a social media frenzy.

He’d like a word with all the haters now

“Has Fernando Torres signed for Bayern Munich?” joked another fan, referencing the muscle Leon Goretzka added to his frame upon his transfer from Schalke to Bayern Munich.

Another made an oddly specific reference, claiming that Torres looks like “a personal trainer who was a contestant on Survivor and got really into bitcoin a year ago.“

Either way, and regardless of his motivations, we don’t expect to see Fernando Torres being targeted by social media trolls for too much longer, lest they risk the wrath of football’s newest swole superstar.

Close call: McGregor and Khabib ‘come within SECONDS’ of bumping into each other at Fight Island hotel (VIDEO)