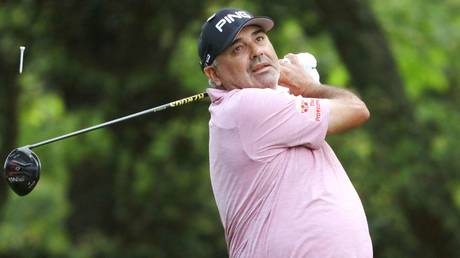 Two-time major winner Angel Cabrera has been arrested in connection with assault charges leveled against him back home in Argentina, according to reports from Reuters.

A federal police statement confirmed that an arrest had been made in Brazil on Thursday on suspicion of crimes committed between 2016 and 2020 in Argentina. Cabrera’s name wasn’t confirmed in the statement, but diplomats confirmed it was a golfer.

Consul Claudio Gutierrez said Cabrera was jailed in a Rio suburb pending extradition proceedings, with the golf star having been named on Interpol’s red list. The police confirmed that a 51-year-old Argentine was detained at an apartment in the Leblon district of Rio.

Cabrera, whose career earnings total more than $14.5 million, is currently a member of the PGA’s Champions Tour, but hasn’t played since the PURE Insurance Championship in September 2020.